Inspired in part by a fascination with Bob Dylan’s trio of Nashville albums and the manner in which they were recorded follows and he follows along similar lines. The beauty of Phantom Birds is the seeming simplicity of the songs and minimal musicians so as not to detract from that - the result is a collection of songs pertaining to regular everyday life, from a personal perspective or on a more expansive level.
An intriguing narrative, Phantom Birds flows almost seamless amidst an idyllic backdrop of wonderful sentiment, subtle nuance and real experiences. Berry has arguably created his best work as a singer and songwriter enhancing a musical reputation to sit alongside his acting work – the two overlap in the track "Covered In Clowns". Gleaned from an assortment of unrelated instances, he explains: “I auditioned for the director John Landis who offered me the part there and then, only to deny ever meeting me some weeks later…”
With six solo albums under his belt Berry has managed to enjoy a passion that first flourished in his teenage years and has since ran in parallel with an ever-growing acting CV. Not only has he written and performed his own songs, collaborations have also proved fruitful with the likes of Bond composer David Arnold, Jean-Michel Jarre and Josh Homme who him to appear and co-write a track on his renowned Desert Sessions series of releases. 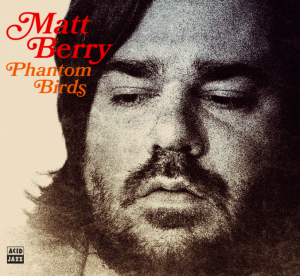